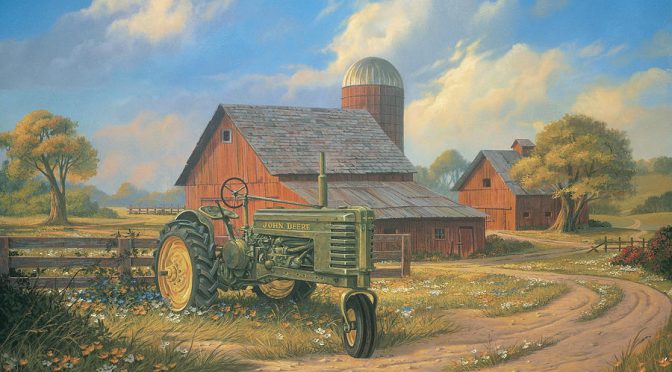 According to Wikipedia “tour-de-force” is an achievement done with extraordinary mastery; a feat with a turning point and something that was not expected. William Faulkner himself chooses to define “As I Lay Dying” that way. In the introduction to his novel “The Sanctuary” (1932 edition of Modern Library), William Faulkner writes”I wrote As I Lay Dying in six weeks, without changing a word.”

“As I Lay Dying” is a story told through the voices of its characters, their thoughts and their inner monologue. In terms of style the book resembles “The Sound and the fury” – the only other Faulkner novel I had read before “As I Lay Dying”.

The writing style is not the only common thing between the two novels. They also share a common atmosphere – the American South, the characters in both books are members of a big family and the issues that are being discussed are also common – poverty, religion, dignity, conflict between duty and desire, between words and action.

One of the main differences between the traditional literature and the modernist novel is the description. Usually when reading a traditional fiction the reader receives a direct description of the setting, characters, atmosphere, etc. But when it comes to modernist fiction, the reader usually gets this information through the thoughts of the characters. This sometimes makes the book not so easy to be understood, especially when it is written from the point of view of a slowly developing man who accepts the events of the past 30 years as events that have occurred in the frame of 1 single day (“The Sound And The Fury”).

The sun, an hour above the horizon, is poised like a bloody egg upon a crest of thunderheads; the light has turned copper: in the eye portentous, in the nose sulphurous, smelling of lightning.

Faulkner is a very good painter with words even when he does not do it traditionally. The viewpoints of his characters contain the chaos of thoughts, which represents the “flow of consciousness” and in this chaos are spread bits of images. It’s up to the reader to pay attention to those bits and put them together in a bigger picture. This side of Faulkner’s writing helped me explore my own thinking process. By the time I turned the last page of the novel, I had completely overcome the unconventional narration and felt totally immersed in the world of his writing.

Don’t think that everything in “As I Lay Dying” is supposed to be a challenge to the reader, because it’s not. The book has a beginning and and end. The whole story is in the frame of a journey that starts with its cause and ends with the final destination. This structure definitely helped me follow what’s happening amidst the chaos of the characters’ thoughts and their inner monologues.

That’s the one trouble with this country: everything, weather, all, hangs on too long. Like our rivers, our land: opaque, slow, violent; shaping and creating the life of man in its implacable and brooding image.

A major highlight in “As I Lay Dying” is the discussion of questions such as identity and existence. Those are issues that accompany the transition of the American South between two eras – from the Civil War to the modern age. A period that represents a constant struggle for preservation human values such as dignity and pride.

That was when I learned that words are no good; that words dont ever fit even what they are trying to say at. When he was born I knew that motherhood was invented by someone who had to have a word for it because the ones that had the children didn’t care whether there was a word for it or not. I knew that fear was invented by someone that had never had the fear; pride, who never had the pride.

Before grabbing the pen and writing the first word of the novel, I knew what the last word would be and where I would put the last punctuation point. Before I started, I thought I would write a book that I would be happy with, even if I never write a book again.

Are you planning to find out by yourself what the last word of “As I Lay Dying” is? Share in the comments.