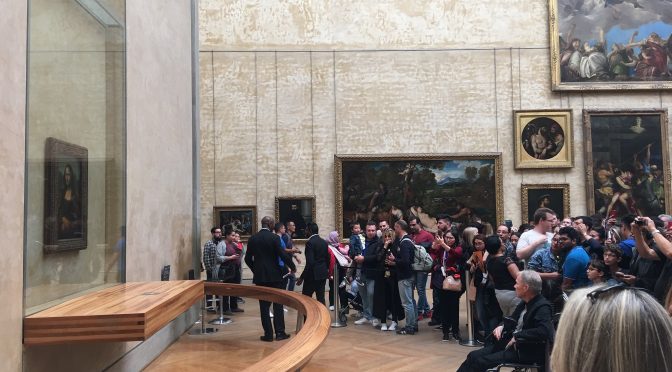 One of the best books I read in 2018 was a biography. Not to anyone but to Leonardo da Vinci – a historical figure that I’m sure almost every normal person thinks of as some kind of a genius.

To be honest, after finishing the biography written by Isaacson I was left with the impression that Leonardo was not a genius. He was the most ordinary person in the world who only happened to ask a lot of questions about things around him in times when people were afraid to do so. His whole life path, all his knowledge, his whole contribution to art and science is due not to a rare genius of his DNA but to his curiosity that was stronger than the fear of the unknown.

There is no dramatization in this book – a trend that was kind of annoyingly present in the latest biography books I had read. As you read you can rely on 100% facts with minimal speculation and dramatization. Sources of information are mostly Leonardo’s notebooks, many of which are stored in the Windsor Royal Collection and to which Isaacson had access while working on the biography.

I found the artistic moments of Leonardo’s life very interesting and leading in the biography. Painting such as the Lady with Hermeline, John the Baptist, The Last Supper, St. Anna with the Madonna, the Savior of the World, etc. The information was very rich, interesting and, last but not least, useful. Useful because it seems to arm the eye of the reader with knowledge – knowledge by which to see the merits in his paintings that have made him an innovator and one of the greatest and influential artists of the Italian Renaissance.

Supporting moments in the biography were his scientific discoveries – the periods in which he studied topics such as optics, anatomy, hydropower, space, and so on. They have not succumbed to Leonardo’s artistic activity, but on the contrary – they have outgun his artistic dedication. What really impressed me is the art he created, combining knowledge from all these disciplines.

I was never a man of art before, and that’s why I find it a great deal that a book made me understand art in a new way and look differently on Renaissance paintings.